Here is a hint photo for the 8th place represented by mytery photos. If you could not get the place on the basis of the ruins enclosed by jungle roots, then take a look at a famous sunrise photo, perhaps one of the top 100 photo places in the world. Sunrise at ? Give me your answers please! 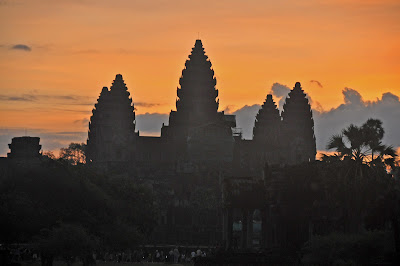 Based on a previous Mystery Photo, Mont St. Michel, I promised some photos of a neighboring famous site in France, that being the Normandy Beaches. My younger son was attending school for a Masters in Fluid Dynamics at Von Karman Institute near Brussels, Belgium. We took the opportunity to visit him and take a driving trip down into France. We visited several of the resort towns along the North Sea and the English Channel, such as Dieppe, Fecamp, and Etretat. These are nice towns nestled against the Sea, often in little valleys that rivers form when they empty into the sea, surrounded by chalk cliffs, but with large beaches. I am sure the water here is not real warm, but still people come in the summer to enjoy the sea air. There is certainly an air of festivity in these communities.
Hit Read More to see more about these sites and photos.

This one may or may not be an easy one. It is certainly a frequent photo subject for people who visit this part of the world. It is a famous place but a little out of the way. 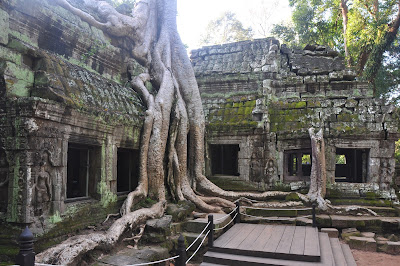 Magazines: An oral vs a written culture.